Due Terre Wines is a collaborative effort between friends and we are happy to present our first line of wines made from the indigenous grapes of Italy – delicious, economical, well packaged, and certified organic. All the wines are produced as 100% pure varietals with minimal intervention and wine making in order to allow the characteristics of the grape to shine through. There could not have been a better place than Sicily to produce these first wines for our project – the island has the largest number of organic vineyards in Italy and produces more grapes of quality than have a home in IGT and DOC bottlings and is often sold off as bulk wine to the north. We cannot bear to think of these delicious native grapes disappearing into another anonymous bottle and are very happy to give them a home at Due Terre Wines. 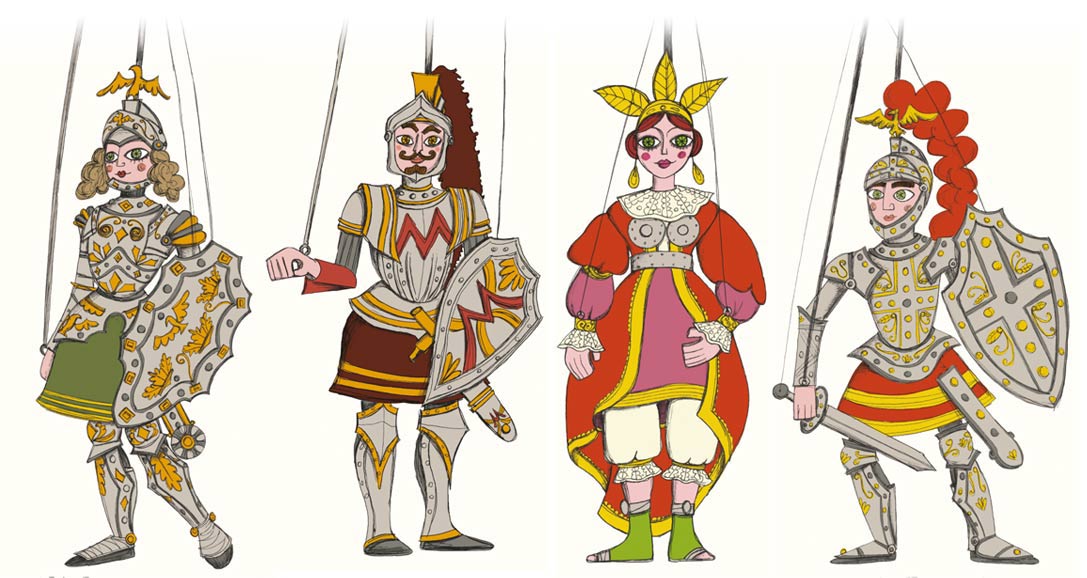 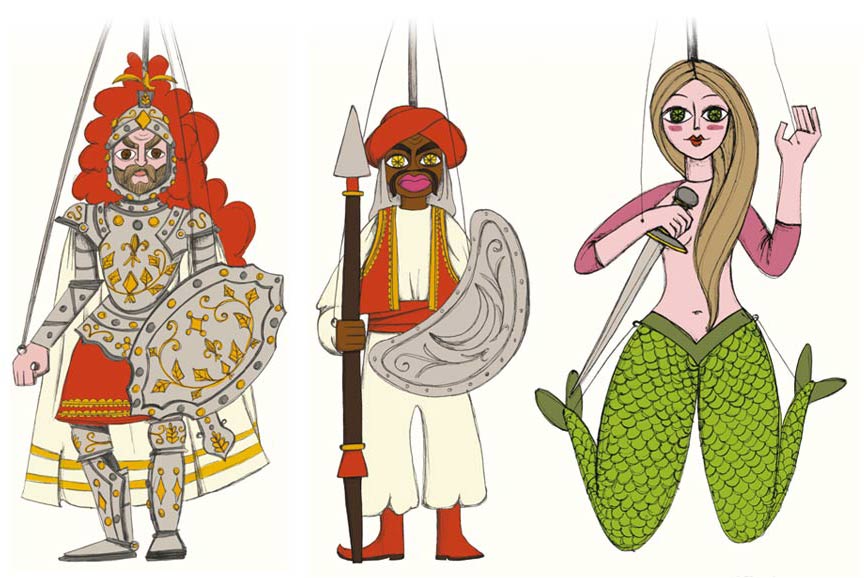 Together with our dear friend and illustrator, Chiccabu, we chose to use drawings of the traditional marionettes used in Orlando Furioso and other plays in the Opera dei Pupi (the roots of which stretch back to at least the 15th century). Puppets and marionettes were a popular form of entertainment throughout Medieval Europe for all classes of people and it is probable that the earliest performances involved local history and folklore and with each new conqueror of the island, a new group of people would leave their own cultural stamp upon the emerging folk tradition. In Sicily, this form of entertainment uses wooden marionettes on strings and metal wires instead of hand puppets made of cloth. Although the tradition is becoming less common, the Opera dei Pupi has not died out completely and there are now actions being taken to preserve this unique folk-art. UNESCO has designated Sicilian Puppet Theatre as part of humanity’s “oral and intangible heritage” and has devised a plan to save it from extinction. We hope that by bringing them to our wine labels we can help in some way to preserve this tradition.